Going back as far as I can remember (which is probably around the age of 8 or 10), I’ve always loved the dark side of things. The horrific. The violent. The macabre. By the time I was thirteen, I was renting slasher movies at the video store every weekend, reading the scariest books I could find, and watching any horror movie I came across on TV.

With October almost over and All Hallow’s Eve practically here, I realized I hadn’t written anything about Halloween or my love of all things frightful. I contemplated some sort of Top Horror Movies list, but to be honest, as much as I love horror there are tons of people out there who take it a lot more seriously than I do. People with encyclopedic knowledge of virtually every horror flick released since Noferatu – that sort of thing. I’m not going to insult a true horror fanatic’s intelligence by ranking horror movies when I haven’t even seen The Conjuring yet.

So I started thinking, and a question popped in my head: if I was watching and reading all this crazy stuff so young, when did it all begin? What turned me into such a little gore-obsessed freak by the seventh grade? I began to think back, and I realized if I really had to pinpoint the origins of my love for the sick and twisted it could be traced back to three things. 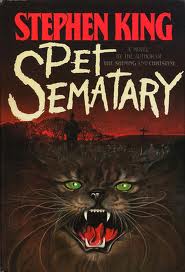 It will probably come as a surprise to absolutely no one that one of my first forays into horror was via Mr. King. It wasn’t the first King book I read (that would be The Dead Zone), and it wasn’t the first horror book I read (that was Peter Straub’s Ghost Story, although I don’t remember a thing about it), but it had the biggest impact on my young, impressionable brain. I believe I was around 10 when I was given the book as a gift, and between the gore, the reincarnations, and the terror of those that have come back to life being a little ‘off’, the book captivated me like nothing I had read before it and set me on a very dark path, entertainment-wise. 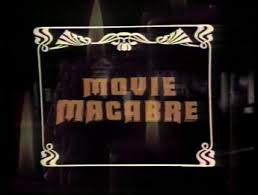 Elvira, Mistress of the Dark. I don’t know if everyone reading this will know who Elvira is/was, but in L.A. in the early eighties she was a freakin’ rock star. I remember tuning in to her show every weekend and being treated to schlocky B-horror classics, as well as some not-so-classics. I was but a tiny tot, so the memory is faded at best, but the standouts I remember were The Man with Two Heads, Crucible of Terror, Blacula and especially The Incredible Melting Man. Elvira would make cheesy jokes and double entendres throughout the movie, bringing me my first glimpse of the combination of horror and comedy – another big part of what makes me, well, me.

My dad did not share my love of horror, but he would watch Elvira with me every weekend. It wasn’t until I got a little older that I realized that he watched for a couple of obvious reasons. 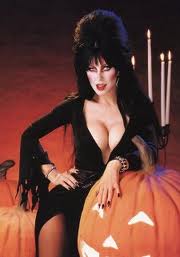 The first “serious” horror movie I remember watching (even though it’s largely part sci-fi as well). Although I would later immerse myself in all things Voorhees, Krueger, and Myers in my teens (not to mention Pinhead), before all that there was Scanners.

I haven’t re-watched the movie in ages, and to be honest I had to look it up on imdb to remind myself exactly what it was about – a group of extremely powerful psychics are able to control minds and inflict bodily harm on people at will, and they must be stopped from reaching their goal of complete global domination. But really, none of that mattered when I was a ten year old boy excited to be watching his first real, grown-up scary movie. What it really all boiled down to was one scene that burned into my brain like a smoking-hot branding iron.

A man’s head explodes right before your very eyes. There’s no cut away to blood splattering on the wall then back to the bloody stump, there’s no little spray like when someone gets shot in the movies. His head blew up into a million little pieces and it left me with my jaw hanging open and changed me forever. It was the coolest thing I had ever seen.

I re-watched the short clip of the exploding head before writing this, and I have to say after all these years the effect holds up incredibly well. As a young boy just getting his feet wet in the pool of horror and gore, Scanners took me and threw me in the deep end head first.

Some might think it’s odd that I enjoyed such gruesome stuff at such a young age, and some may find the fact that my parents would let me watch and read things with such graphic content a little troubling, but I turned out okay (heh heh, right? I’m okay, right?).

If you want to see the cranial carnage in question, take a deep breath and watch the 11 second clip by clicking here.

So, there you have it. The three things that set me down the path of evil, darkness, and…more evil. Writing this got me wondering: what would you point to in your childhood that set you on your path, whatever that path is? No matter what you do, for most of us one (or in some cases several) things helped shape us to go in the direction we headed. What are yours?

Have a great Halloween everyone, and since I can’t help myself: for anyone out there who doesn’t watch a lot of horror that is wanting to scare themselves silly, I would recommend turning off all the lights and watching The Descent (2005), directed by Neil Marshall, preferably with the original UK ending. Enjoy!