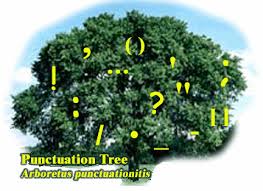 When I started writing again a couple of years ago, I rediscovered something I had long since forgotten—the semicolon. It hadn’t gone anywhere; no, it was there all along, just sitting there on the sidelines waiting for me to pick it back up and start using it again. And now that I’m back to writing, I find myself wanting to use it all the time; I think I’ve become addicted.

The thing is, the semicolon is such a convenient piece of punctuation. It allows you to connect two sentences that otherwise you’d have to separate with a period, or put some separation between two thoughts where you may have instead put a comma. Hell, you all know what a semicolon is, I don’t know why I’m explaining it. The point is I love it, and I think I may be overusing it.

That’s not to say I’m using it incorrectly; as far as I know it’s grammatically correct wherever I decide to plunk one down. The problem is simple overuse. Maybe it’s because, like I said, I had forgotten about it for so long that now I’m excited to ‘make it rain,’ so to speak. Maybe I think it makes my writing look more impressive and “writer-ly”. Maybe it’s both. All I know is that in this blog post alone I’ve already had to resist putting in a few semicolons because it would’ve been repetitive.

I suppose in a way that’s a good thing. Since I know I’m throwing around semicolons like confetti in Times Square on New Year’s Eve, I know to look my stuff over when I’m editing to see if a period or a comma would better serve the sentence. What I’m noticing, though, is that semicolons are just the beginning.

I was bothered whenever I wanted to use a dash—all I could find was the simple hyphen. It never looked right compared to books I read; even if I put two of them together or put a space before and after one, it just looked odd. Then one day I stumbled upon the end to my punctuation woes: the magical em dash—it was what I’d been searching for all along. After a little digging on how to actually type one, since it doesn’t have its own key—it’s shift+option+dash for Mac users—I’ve been using em dashes all over the place: in place of parenthesis, when a character is interrupted mid-sentence, for a dramatic break in a sentence, you name it—I love it. I’m like a kid with a new toy.

I also have a tendency to want to put parenthesis everywhere too (em dashes have helped in that regard, though), but they’re easier to keep at bay. Same goes for the colon, too: they’re fun to use, but it’s easy to tell when you’re overdoing it.

Does anyone else out there have this issue? Do you find yourself falling back on certain punctuation marks again and agin? What punctuation problems plague you?

PS—anyone wanting a refresher in proper use of the semicolon should read this entertaining guide to it’s use, courtesy of The Oatmeal.

13 thoughts on “Semicolon Cleanse: My Addiction to a Punctuation Mark”