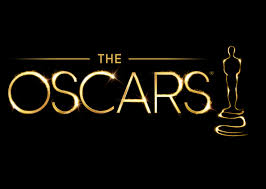 I don’t know anyone else where I live now who cares about The Oscars. There are a lot of casual movie fans here, and some of the best movie theaters in the country, but the amount of people who are really hardcore movie buffs is pretty small. Every Oscar season I tend to hear the same comments…Hollywood wingnuts patting each other on the back with meaningless awards, who cares?

Well, I do. I love movies, and I love watching the Academy Awards to an almost irrational degree. Now that I live in a part of the country that makes me feel like some kind of freak for being this way, I decided to look at what makes me how I am.

A little of it is the simple fact that I grew up approximately 100 miles from Hollywood. In LA, the Oscars are a BFD. Even being somewhat removed like I was, if you live in or around Los Angeles, show business impacts your life in some way.

It starts first thing the morning of the show, when the morning news tells you what streets around the theater are blocked off for the day, and how those closings will affect traffic. Then you’ll see some footage of the setup going on inside and out. As the red carpet fires up there’s always an overhead shot from a helicopter, showing the line of limos going around the block (I always wondered how all the limo drivers killed the time until the show was over). Afterwards there are reporters at all the after-parties trying to catch celebrities; it’s inescapable.

There’s something else, though, because even a lot of my friends in California didn’t/don’t get into the Oscars like my wife and I do—it’s like Super Bowl Sunday for us. I’ve always had a love not just for movies, but for movie making. The whole process, the business of making movies. In a lottery wet dream, if I won millions of dollars one of the things I would do is start a movie production company and make movies for the rest of my life. 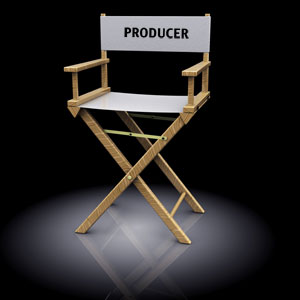 When I was a kid I always loved playing make believe. I was in a school play as a lawyer in maybe second or third grade, and I loved it. I’m barely able to make eye contact in a one on one conversation, but give me a part to play, let me be a character, and I come out of my shell.

So, to summarize—I love movies. Everything about them. Oscar night is a national holiday in BooksofJobe-istan, so I’m putting out my Oscar thoughts on now because no writing will be getting done after about 10 am on Sunday. I will, however be sending the occasional tweet throughout the day, so if you’re so inclined follow me on Twitter if you don’t already and share my little slice of Hollywood heaven with me.

Alright, on to my thoughts for the show.

As much as I love Ellen, I’m a little underwhelmed about her hosting this year. I’m sure there will be some really funny bits and some laugh out loud jokes, but it just feels a little…safe. I’m sure she’ll do a fine job, but until they find that next Billy Crystal-in-his-prime-level host I wish they’d keep searching and trying out new hosts. Seth MacFarlane was surprisingly good, but not quite right.

As far as the actual Oscar race, this year is anticpated to be rather surprise free (as are my predictions). There are clear favorites in every main category with the exception of Best Picture, which (according to some) is a three-way dead heat. I don’t mind when there are no real surprises in store, what I really enjoy are seeing people who are winning for the first time, especially the ones who you can tell are deeply touched to have won. And not just in the major categories, either. When some guy wins for one of the technical categories, then goes up there and starts choking up saying how it’s for his dad who just passed away recently or something like that? I love that stuff.

So with that, here are my (rather safe) predictions for the major awards on Sunday:

The Wolf of Wall Street

This is seen by most to be a 3 picture race between Gravity, 12 Years a Slave and American Hustle. I would be absolutely shocked if American Hustle won, I really see this as just between the other two. Gravity was a major accomplishment in filmmaking and I expect it to be rewarded handsomely, but I still feel like the academy will hand the prize to the more “serious” film. Prediction: 12 Years a Slave

There are a lot of people who would like to see DiCaprio win his first Oscar for the balls out crazy performance he gave, but I think Mr McConaughey has academy voters transfixed with his McConaissance (™ Hooray for Movies). Plus, there’s no better Oscar campaign than acting your ass off in a TV show already being hailed as one of the greatest ever that is airing during Oscar season (True Detective). Prediction: McConaughey.

Cate Blanchett has been the frontrunner pretty much since Blue Jasmine came out and no one, not even the Oscar machine that is Meryl Streep, will be able to stop her from taking home the statue. Prediction: Blanchett

The biggest sure thing this year. Period. Prediction: Leto

This again has a clear leader in Nyong’o, who has already won the smaller awards and seems poised to win her first Oscar. There’s this little voice in my head telling me there’s an outside chance June Squibb could win, but I think this one is pretty much sealed up. Prediction: Nyong’o

It’s rare for the Academy to split Best Picture and Best Director, but that’s what I think is going to happen this year. Even if 12 Years a Slave takes home Best Picture, Alfonso Cuaron’s achievement cannot be denied. He made history with Gravity, and he’ll be rewarded for it. Prediction: Cuaron

There’s a little more wiggle room for a surprise here: the prevailing wisdom seems to be that John Ridley will win, but a lot of people would like to see Before Midnight take it home, and you really can’t rule out Terence Winter’s f-bomb extravaganza The Wolf of Wall Street. I’m torn here, because I really would like to see Winter win here, but I have to go with my gut; I think Ridley’s the man. Prediction: Ridley

This is another interesting race. Woody Allen is out, pretty much guaranteed, due in no small part to the drama surrounding him lately. The two favorites are American Hustle and Her, which interestingly was written by someone (Spike Jonze) that David O. Russell has previously directed (3 Kings). Her was unquestionably the most original script of the bunch, but I’m having a hard time believing American Hustle will be completely shut out. So as much as it may pain a certain friend of mine who may or may not be reading this that absolutely hated it, I’m calling Russell for the win. Prediction: Russell and Singer