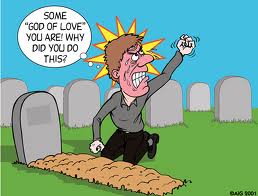 In writing the two novellas I’ve finished rough drafts for, I noticed something interesting: I barely wanted any characters to survive. I’ve had to show restraint because I want to kill off nearly every character I create. A couple of them were untouchable, but I would still briefly consider offing them anyway. I think some of it may be a sort of rebellion against all the years of movies I’ve watched with “Hollywood Endings”, where the good guy saves the day and rides off into the sunset with the girl.

And if I decide I don’t want to kill them, I want to make their life as unbearable as possible. But that’s what you’re supposed to do, right? How boring would it be to read a story with a protagonist who doesn’t encounter any struggles or challenges? But I don’t just want them to struggle – I want them to suffer.

Physical, mental, it doesn’t matter. They must go through hell. There is the seed of an idea for a story in my head that would turn this whole concept on its head, but that’s the exception. What I’m wondering, though, is where is the line in the sand? How far is just too damn far, where you kill someone off and the audience just gives up? If you put a character through too much and the payoff is not great enough, will it turn readers off? At this point, I’m sure I don’t know. But someday I may very well find out.