It’s finally my favorite time of year. The God-forsaken hot weather has cooled off, the yardwork is nearly done for the year, and my favorite sport is starting. Every Sunday I can plop into my recliner with a snack, flip on the TV, and settle in to watch my warriors do battle. 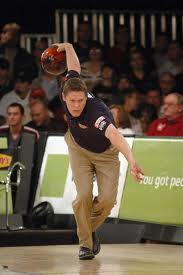 I love bowling. I love doing it, watching it, talking about it, you name it. I have a miniature toy ball and pins on my desk at work. I’ve got both miniature and full-sized bowling pins as decoration in my basement. I have a small collection of bowling shirts, and if left to my own devices I’d probably have a whole separate closet devoted to them. This very well could be the most unpopular post I ever write, but here goes nothin’.

First, there’s the recreational aspect. There are no other sports (aside from golf) that can be played professionally at the highest level as well as played by a bunch of people just for fun, often with the inclusion of alcoholic beverages. You can’t go play baseball on a Friday night with some friends just on a whim.

That’s one of the things I love about bowling. Literally ninety-some-odd percent of the population can participate. Sure, many of them are not very good at it, but there’s another great thing about it – you can have a good time even if you stink.

Not to get off on a tangent, but here comes a tangent: I started bowling at about five years old. My parents both bowled in a league, I was in a youth league, and I would bowl extra sometimes outside the league. It was not unusual to be at the local bowling alley a minimum of three or four times a week up to my teens. Over the years, I saw the following people have fun bowling: toddlers, the mentally challenged, the blind, paraplegics, senior citizens, people with one arm, and one guy with an artificial leg. In what other sport would that wide an array of people be able to participate? Now, some of those people required some extra assistance like bumpers in the gutters, a hand rail, etc. but hopefully you see my point.

I’m making the assumption many (if not most) of the people reading this have never bowled regularly, ie. a weekly league. If you have one night a week to spare (no pun intended) and have a few extra dollars to spend, I highly recommend trying it out. I imagine non-bowlers think league bowling is competitive, serious people who throw fits if they don’t strike every frame. Let me be clear – those leagues really do exist. The thing is, there’s a league for every level of bowler. All the ultra-competitive types have their own league. The last league I was in was full of people mainly looking to have a good time on a Wednesday night. They kept score, sure, and everyone wants to bowl the best they can and win if possible, but it was all in the name of good fun.

And now, allow me to pull out my very own special prop. 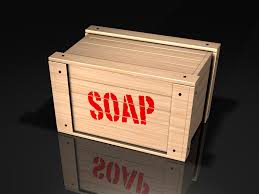 Professional Bowling is sport, dammit. I think sometimes people confuse what they do with some friends and a pitcher of beer with what actual professional bowlers do. The consistency and focus it takes to bowl at their level week in and week out is insane. Some of them bowl as many as 64 games over the course of just a few days just to place in a tournament.

I decided to do a little googling before I started this post. I found some very passionate arguments about why bowling is actually not a sport, in their opinion, and to be honest I found the ignorance infuriating.  Many of the arguments went back to the same point – ‘anything you can do (sometimes better) drunk is not a sport…if old people and handicapped people can do it, it’s not a sport…‘ and then my favorite…‘one of my friends bowled a 300 one time, it’s not so hard.’ 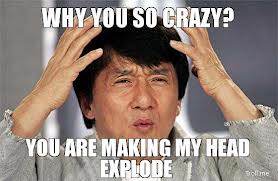 Okay, so points one and two both make the same argument: basically, it’s too easy. It’s not challenging enough to be considered a sport. I will try to stay brief and refer back to what I said at the beginning when I mentioned bowling for recreation. There’s a difference between bowling for fun and bowling for sport. Kind of like the difference between some guys in the park playing flag football versus NFL games. It seems so obvious to me, I can’t understand why people don’t see it.

As for the guy whose friend bowled a 300 – I’m going to give the benefit of the doubt and assume they’re telling the truth. Bowling a perfect game is an extraordinary feat, and one I myself have never accomplished; never even gotten close, really. But my first thought after reading this was, what did your friend bowl the game before and the game after?

If someone bowls a perfect game in a PBA tournament they obviously win that particular game, but they don’t just cancel the tournament and give the person the trophy right then and there. It’s about how well you do over an extended period. Plus, I’m really trying not to fly off on tangents with everything I say, but there’s also the matter of the way the lanes are oiled for general recreation play versus league and sport(pro) conditions.

Okay, I’ll end my little tirade. I don’t like to let my posts get too long-winded and I really could write tons more. I could probably create an entire separate blog devoted just to bowling, but I’m too lazy. 🙂

In the end, I guess here’s what I was trying to say in this bowling-themed manifesto: Bowling is awesome. The pros deserve a little more respect, and the sport in general deserves a little more respect, but if there’s one thing we can hopefully all agree on it’s that bowling with your friends can be a lot of fun.

With that said, it’s Friday – the weekend’s coming up and you may be looking for something to do. Whether you think it’s a sport or not, go to your local alley and bowl a few games, and just have some fun.

3 thoughts on “Why Bowling is Awesome”