There are a lot of words that could be used to describe me. For the purposes of this post, though, the word we’ll go with is ‘mellow.‘

I may be cynical with a healthy dose of sarcasm, but on the whole I wouldn’t call myself overtly negative. I don’t think most people who know me would think of me that way, either. It’s not that I have no reason not to be—quite the opposite, actually. If I chose to, I’d have plenty of reasons to be pissy and miserable. Without going into too much detail, the last year hasn’t been all puppy dogs and rainbows around here. Truth be told, it’s been a struggle at times, and a different attitude may have resulted in getting pretty down, if not flat out depressed. But I’ve always had an inherent belief—others may call it faith—that things will always work themselves out in the end. I don’t always know exactly how or when, but they just will. And just when I was getting tired of trying to force myself to be optimistic all the time, changes are coming that will make things a little better.

The financial situation around here is poised to take a turn for the better. I know they say money can’t buy happiness, but I believe it can make happiness much more affordable to rent. I’m not really going to go into detail, but it’s been a lean year around the homestead, and there’s finally some relief in sight. It’ll still be tight, but we can finally loosen the belt a notch or two. Yay, money!

Also, we’re fast approaching my absolute favorite time of the year. Late September through the end of the year is when I’m usually at my happiest. My birthday is at the end of September (and since hitting the big 4-0 last year this one won’t seem so traumatic), followed by Halloween, Thanksgiving, and Christmas. I’d be hard pressed to say which is my favorite of those holiday. The weirdo in me of course loves Halloween, but I’m also a big fan of Christmas, too.

Aside from the holidays, it’s my favorite time of year because of the weather. In case I’ve never mentioned it before, I hate summers in the Midwest. The humidity makes me want to die, the mosquitos try to eat me alive, then there’s the lawn mowing, yard work, and lest I forget those godforsaken bugs.

But then, around late September, something magical happens. The weather cools off, the grass stops growing, the need for yard work dissipates, and the bugs—although just temporarily—go away. Early fall marks the end of oppressive heat and the start of good things to come: autumn leaves, the eventual first snowfall, and more time to write, which is really what this blog is all about, isn’t it? Something about the cooler (even downright cold) weather just seems to make my brain run better. I tend to want to write more than in the summer, when I feel like I’m forcing myself. Combine that with the extra time to write that the cool weather brings, and who knows, maybe I’ll have a passable draft of this damn novel done by the end of the year.

As tired as I get sometimes of trying to stay positive when things around me suggest I shouldn’t be, I know what’s just around the corner. So I laugh, I make jokes, I stay optimistic, stay a goofball. To do anything else seems unthinkable. 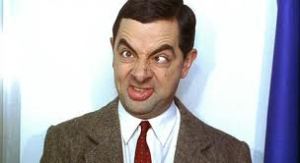 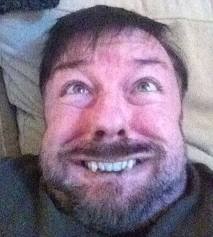 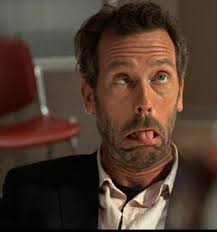 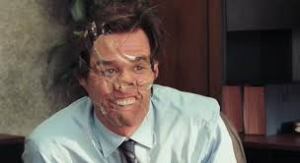 4 thoughts on “Optimism Can Be Exhausting”