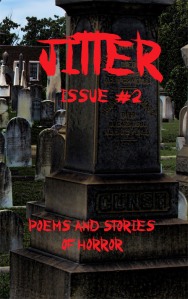 Just a quickie to let y’all know issue #2 of Jitter Magazine hit newsstands today (do any of you have newsstands where you live? I’m not sure if I’ve ever seen one in person, other than at an airport—inquiring minds want to know!), and features my short story Randy’s Bad Day, as well as 18 other stories and poems from the world of horror.

Perfect timing, really. Get yourself in the Halloween spirit—read yourself some scary stuff and get your spook on here:Jitter Magazine #2.

(Did I really just write ‘get your spook on’?)

2 thoughts on “Just in time for Halloween!”