“If you knew where two million dollars was buried in the ground, would you dig the shit up? Fuck yeah I would, I did it one time.”

So begins the Netflix documentary The Legend of Cocaine Island, a wild, screwball tale of desperation, greed, and foolishness that’s almost too outlandish to believe.

It all begins with a barefoot hippie named Julian and some sea turtles in Puerto Rico. Walking the beach one day looking for signs of the turtles he was helping his wife research, Julian found a waterproof rubber case drifting toward the beach. Hoping it was full of weed, Julian hid it and came back to it later, taking it home and throwing the case open to reveal something a bit stronger: about 18 bales of cocaine, nicely wrapped and organized, clearly lost on its way to a major drug deal. Paranoid and unsure what to do with the stuff (turning it over to the corrupt police of Puerto Rico seemed out of the question), Julian ended up burying the case out by the trailer where he was living off the coast, where it still sat to that day, just waiting for someone to come dig it up and become an instant millionaire.

Or, at least that was the story he told, over and over again, more than a decade later, to his friends and neighbors when they would convene around a campfire and consume large amounts of alcohol. It was a great story, and for the longest time that’s all it ever was—a great story to tell around a fire. 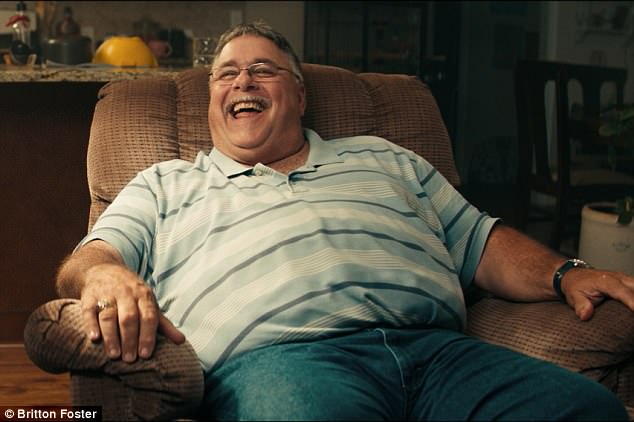 Initially a very successful contractor with eighty employees, the 2008 recession hit Rodney and his company hard, to the point of having to liquidate many of his assets to get by, and moving from his large home to a trailer park in the middle of nowhere—coincidentally into the same trailer park where a friendly old hippie named Julian lived.

Rodney enjoyed hearing Julian’s well-rehearsed tale of the buried cocaine, and never thought of it as anything but a story, until the friend of an employee approached Rodney with an offer to help him retrieve the cocaine.

Still down on his luck and unsure when his business would get back on its feet, Rodney found himself over time actually considering the notion of trying to find the buried treasure and providing for his family. Finally he decides to see it through, and—well, that’s where things go off the rails.

Without giving too much away, the story involves a really quirky cast of characters, and development after development that leave you scratching your head, wondering how on earth people could be so naive.

Make no mistake, as a pure documentary, it’s not exactly award-winning filmmaking. There are cheesy re-enactments with over the top facial expressions, and music that helps reinforce just how absurd the whole thing is. Still, it’s a nice break from the rest of the true crime docs on Netflix (most of which revolve around murder and serial killers), and the 85 minute runtime goes by quickly. As for Rodney Hyden, he ended up with a whopper story of his own that will out do Julian’s any day, one that he’ll probably tell for years to come with his neighbors around the campfire.